This little cheeky monkey stopped napping way back in March.

It just became too much work to get him to nap. In a way, it has been nice having the extra hours to go out with the boys and get things done. We could go out to lunch, have playdates at anytime and no longer had to worry about trying to fit a nap in.

However, it was a bit challenging during the weeks before the move as I had two busy toddlers to entertain at the same time as organising and packing. Jude is pretty good at entertaining himself and being helpful but Toby is still a bit young and would often just try to shift my attention to playing with him when I was busy. 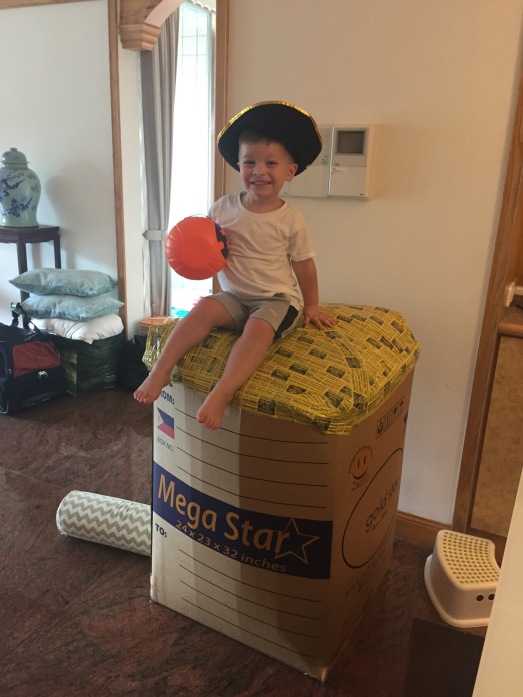 The move hasn’t been as rough on Toby as I thought it would be. He had absolutely zero clue that we were moving despite asking me a million questions about what I was doing everyday and me telling him that we were moving. He was really pretty great about watching our stuff get boxed up and taken from our apartment, moving to the hotel, transiting through the airport, and finally arriving in Wellington. He has a very stubborn side which comes out when he doesn’t want to do something and thankfully we didn’t have any major moments of defiance/meltdowns.

The first day in Wellington he was so funny. He fell asleep at the dining table while waiting for his dinner.

We’ve moved around quite a bit since we’ve been in New Zealand, especially at the start of our trip. Both boys have been so awesome at sleeping in different, unfamiliar places. I brought their bedding which I know helps with Toby as he loves his sunshine pillow so much.

Toby hasn’t asked about Taiwan at all since we left. Jude will often say how much he misses home, his friends and teachers in Taiwan. Not a peep from Toby.

Toby hasn’t been as shy as I expected around all the family we’ve been around. He’s been pretty  good with everyone, especially his Aunties. Here he is with Aunt Minnie at the beach.

Most people who meet Toby comment on how hilariously comical he is with his facial expressions and mannerisms. He has this overly exaggerated and expressive way about him but is loaded with sweetness.

Toby does like to set the record straight. If him and Jude have a game going and someone else swoops in and grabs a toy he will confront them by waving a finger ‘no, no, no, that’s not your toy. Give it back’. If he doesn’t get a response then he will go to grab it. Our wee sweet friend, Charlotte, got to experience this firsthand a few times. 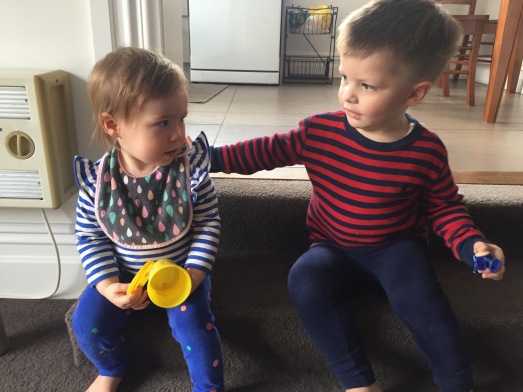 A highlight of the trip for both boys was getting to ride on Uncle Brad and Aunt Abby’s farm bikes. We thought Toby wouldn’t go for it but he loved it. 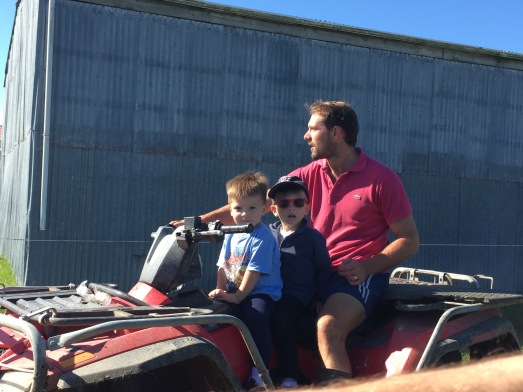 We did a lot of driving up North and sometimes Toby would pass out. On occasion we would turn around and both boys would be asleep. It was wonderful!

Toby has grown up so much since his last trip to NZ. It’s been great to see him more independent of us and enjoying life as the awesome 2.5 year old that he is! 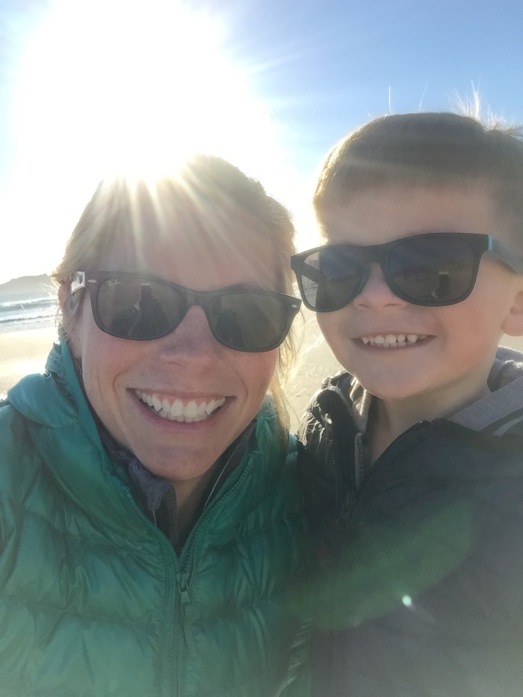 Big kisses to our Toby xx 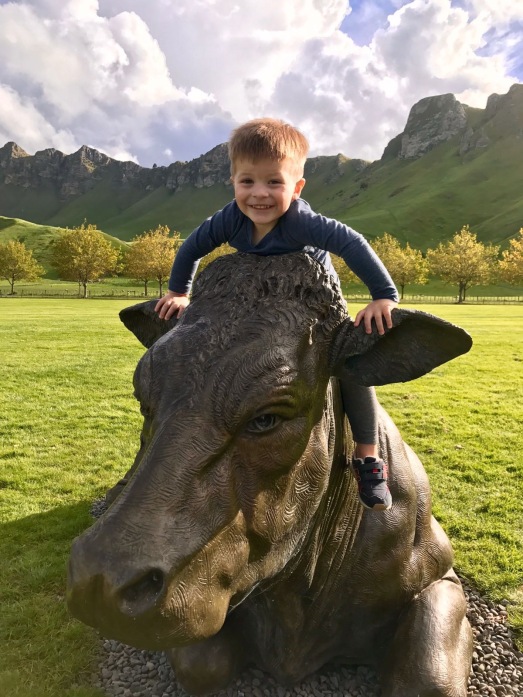