How can it be that this little peanut is now 3 years old? 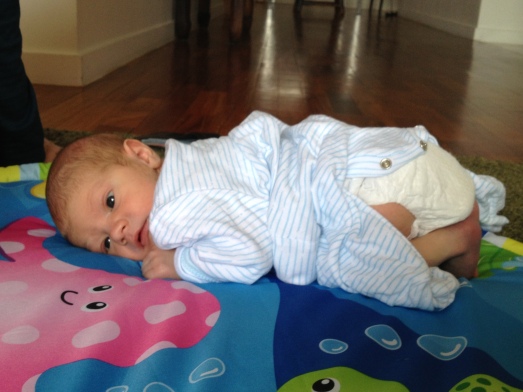 Jude has been such an incredible son. We sometimes can’t believe he is ours. 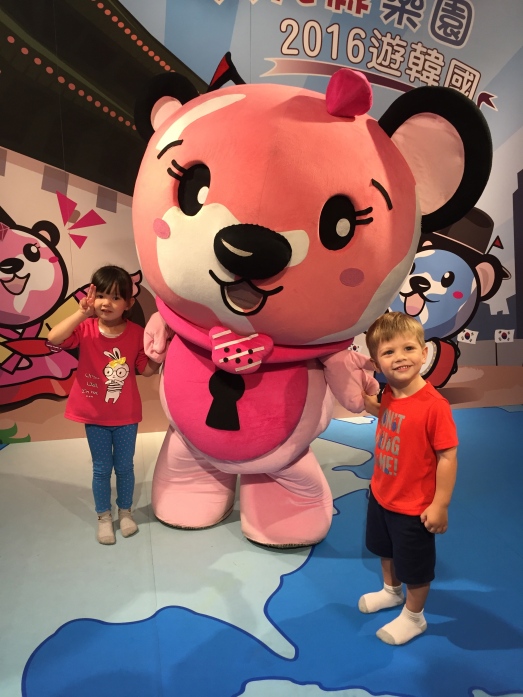 He has such a fun-loving, outgoing personality. He wants to be involved in everything. He knows how to make people smile and laugh like I’ve never seen before. Everyone loves Jude as he is just so lovable. He loves to run, pretend to be a superhero and help me cook. His imagination is growing by the day and now he can tell us stories. 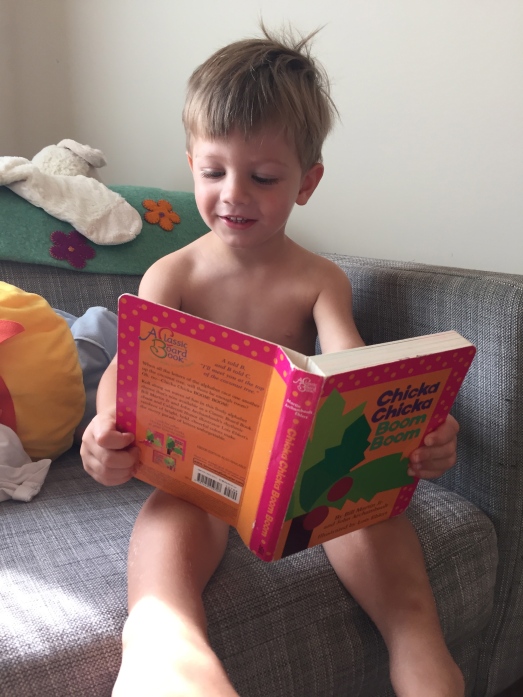 Jude has been an amazing big brother to Toby. He’s already taught Toby so much and it’s so awesome to see all the patience and love he has for him. 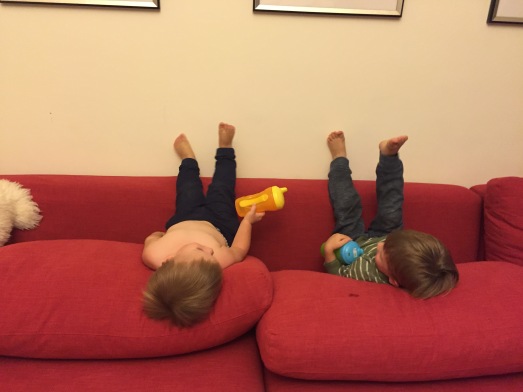 Jude has been so lucky to have best buddy Kate in his life. This past year these two have spent pretty much everyday together. 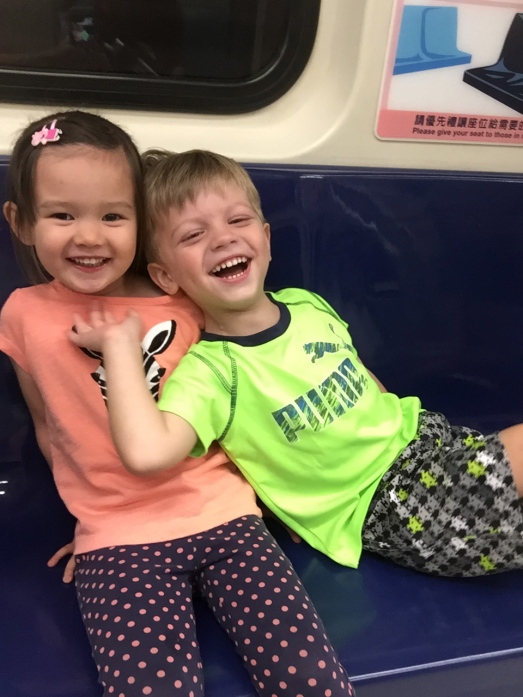 They’ve had quite the impact on one another and it certainly feels like Jude will lose a sister when she moves away at the end of June. 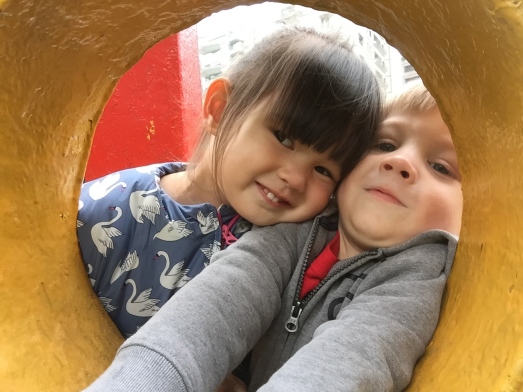 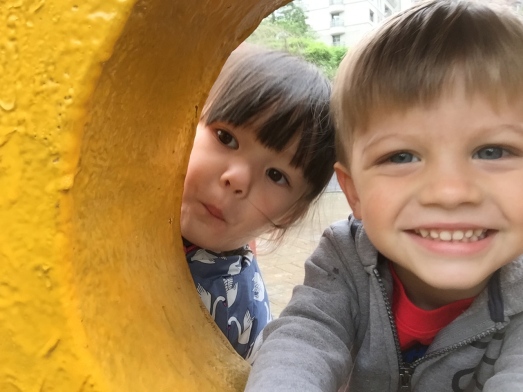 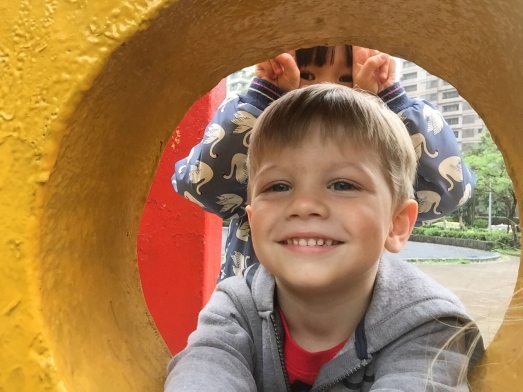 Jude started at 1/2 day Montessori preschool when he turned 3. 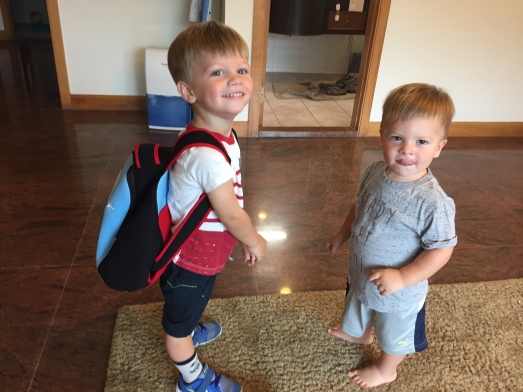 It’s been hard for Toby but the best thing ever for Jude. He LOVES it. 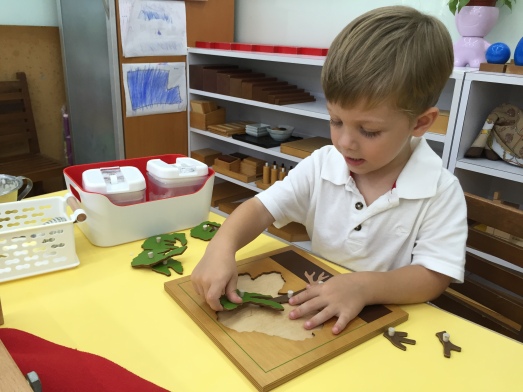 He comes home most days with a painting. He is always so proud to show us what he’s done. 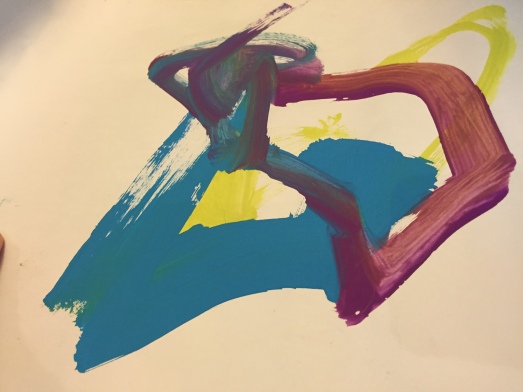 I took the boys out for donuts after Jude’s first day. 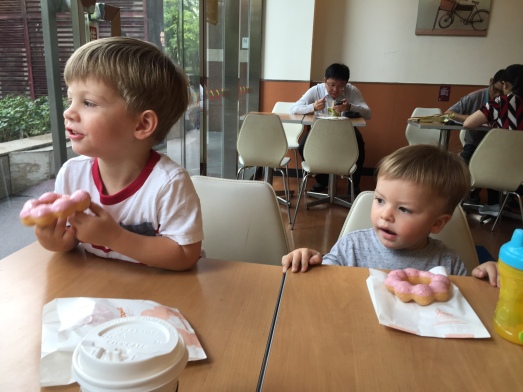 He has an amazing teacher and the Montessori model seems to really fit Jude’s personality. The school is Chinese-speaking which will be the biggest challenge but he’s already starting to say a few phrases and every asked for books in Chinese.

After school I bring the boys home and feed them lunch and quickly get them down for nap. It’s a new schedule to adjust to but so far it’s been working out. The afternoons we spend at the playground with friends- riding scooters and kicking balls. 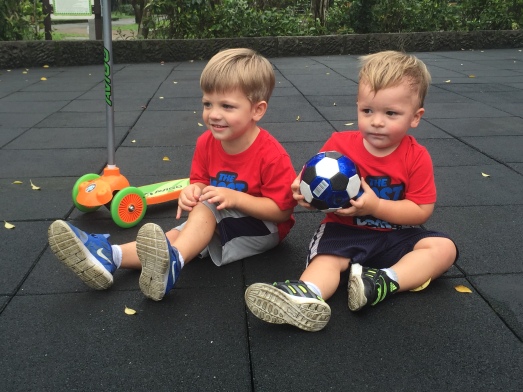 For Jude’s actual birthday (on the 28th) we kicked it off with McDonald’s pancakes. 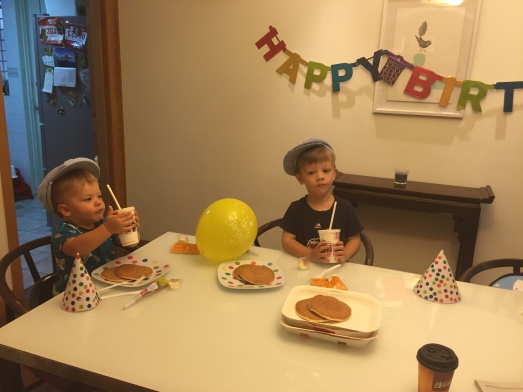 And ended the day with a rocketship cake. 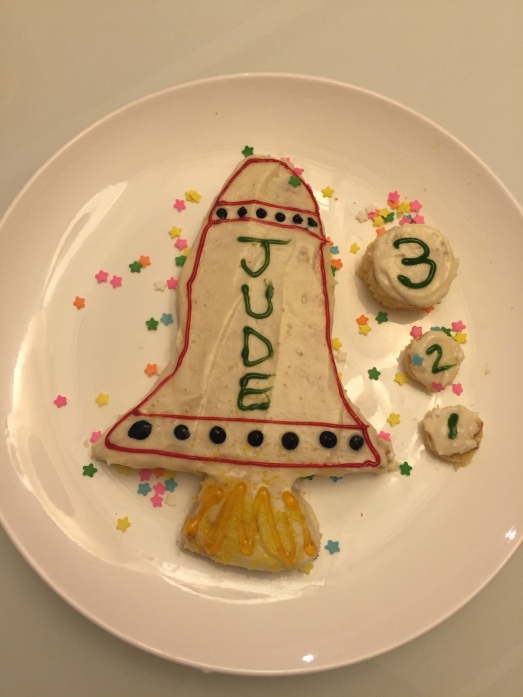 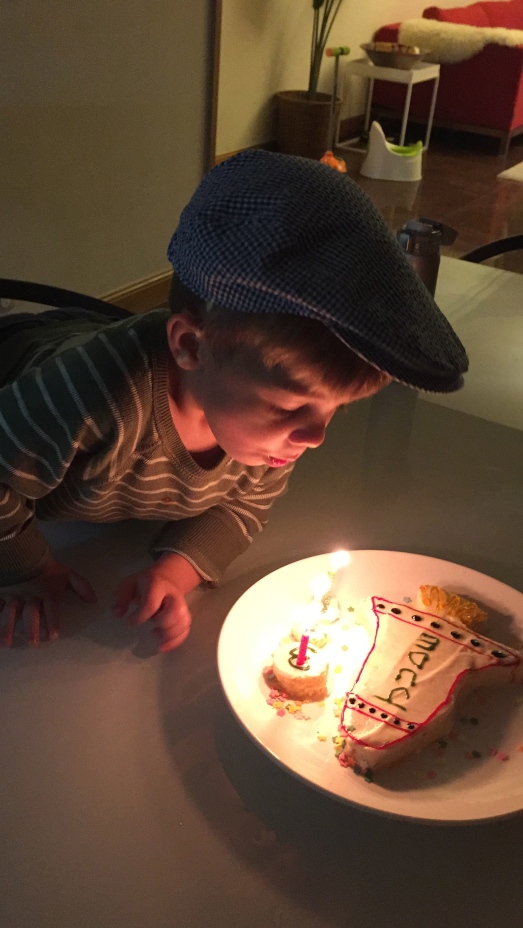 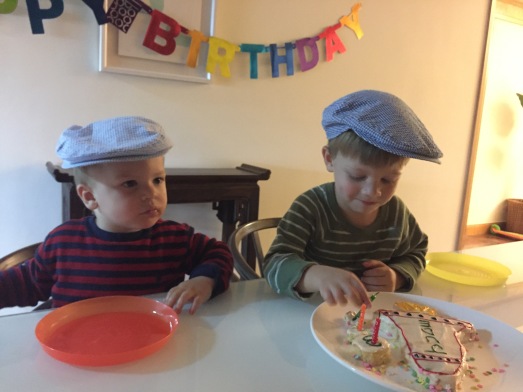 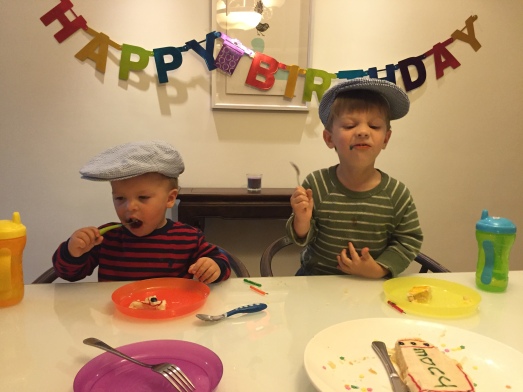 The weekend after his bday we had a big party with all his friends (co-hosted with his friend Amanda). I had to make yet another rocket ship cake plus cupcakes. It was raining so we skipped the park and had it in our basement. Everyone had a great time. Here are some of the photos. 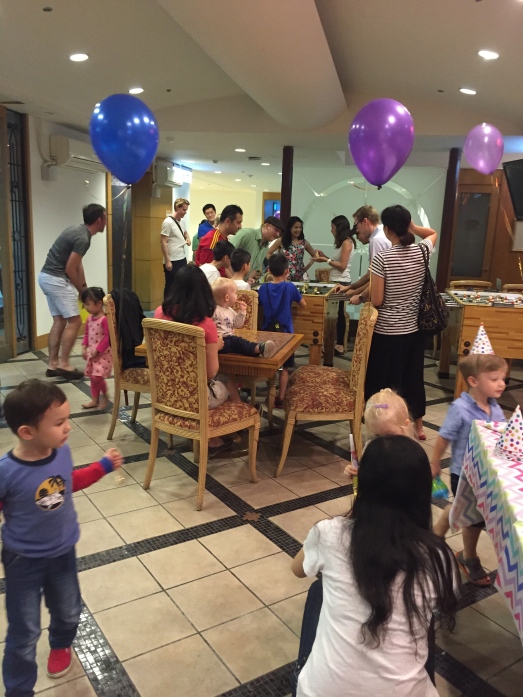 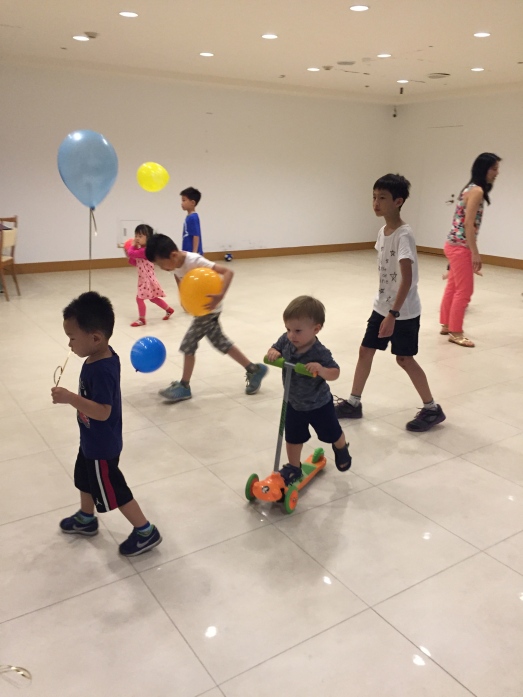 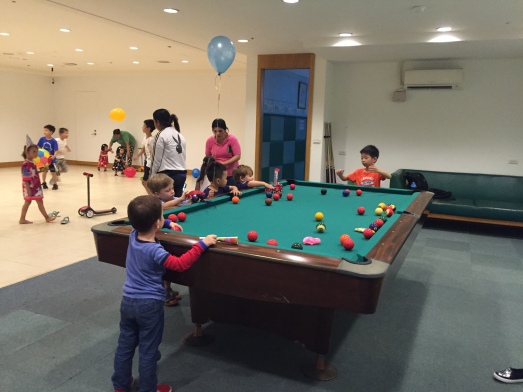 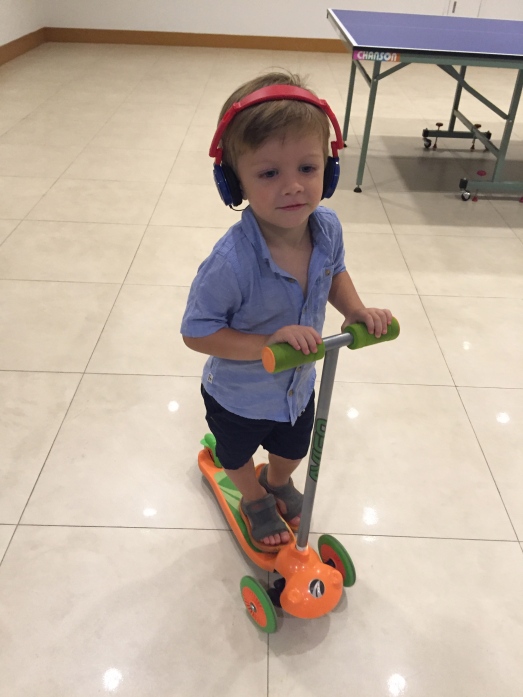 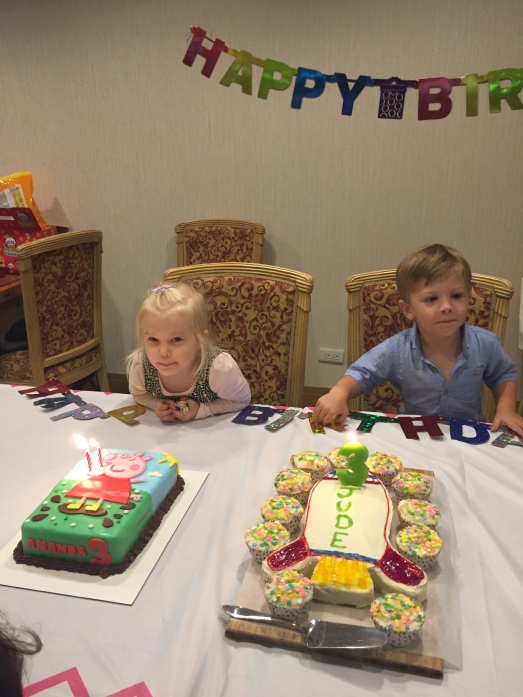 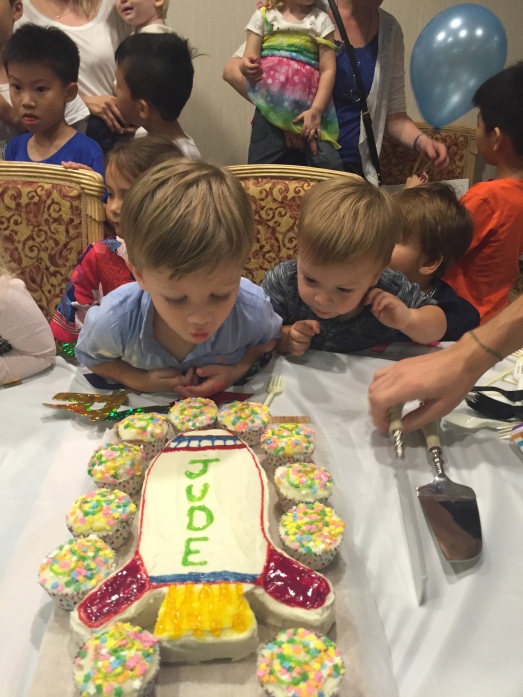 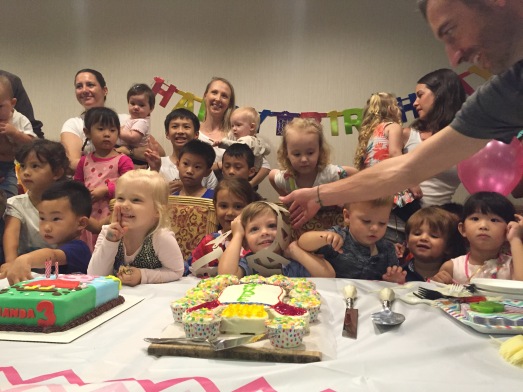