Jude has been flashing across my Facebook feed. It’s always a little odd seeing your kid on an advertisement and this one company Jude and I did a shoot often features pictures of us. We are also on their website. 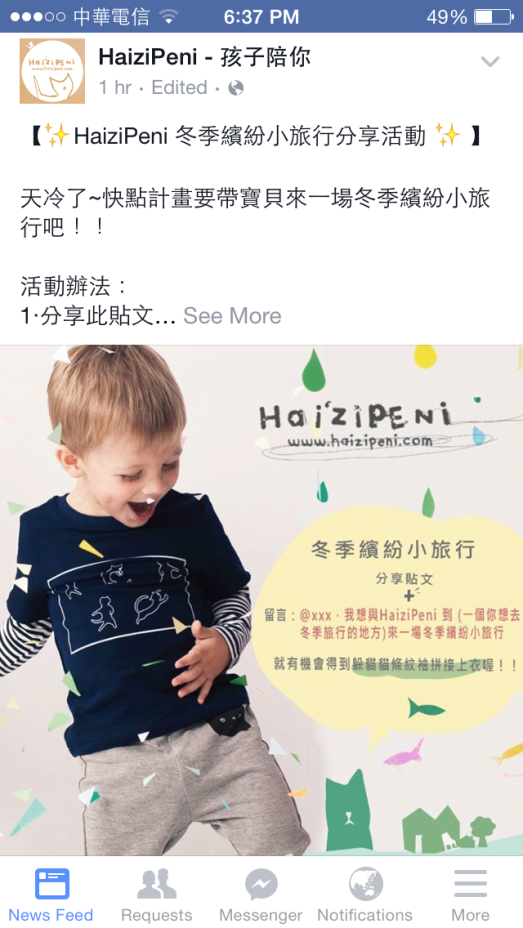 Poor Jude had a rough month. He had bronchiolitis at the start of the month. 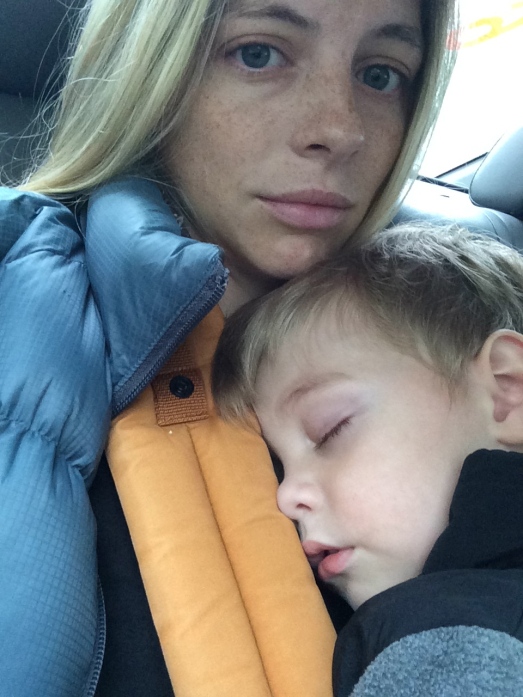 I have never seen him so sick. He was battling a fever and bad cough and just so, so out of it. 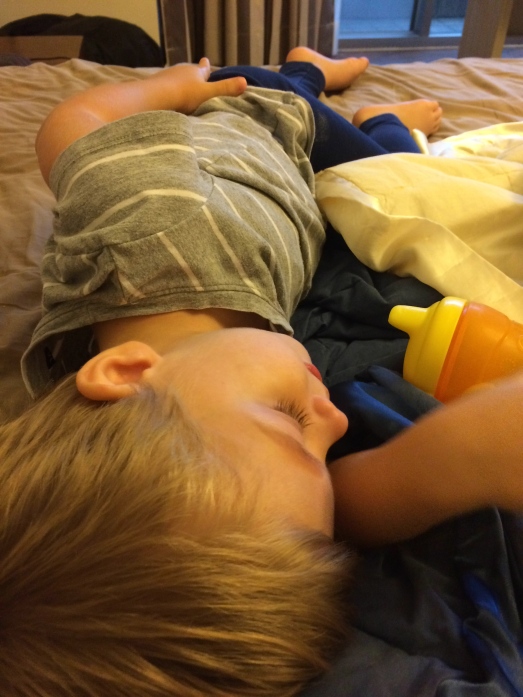 After a week of flighting him to take him medicine, he finally recovered and was back to his usual energy levels. 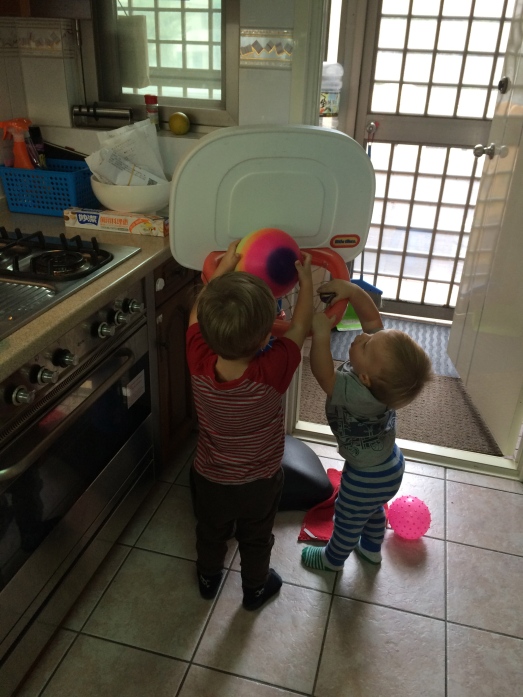 We were glad to see him recover as December was a big month for us. 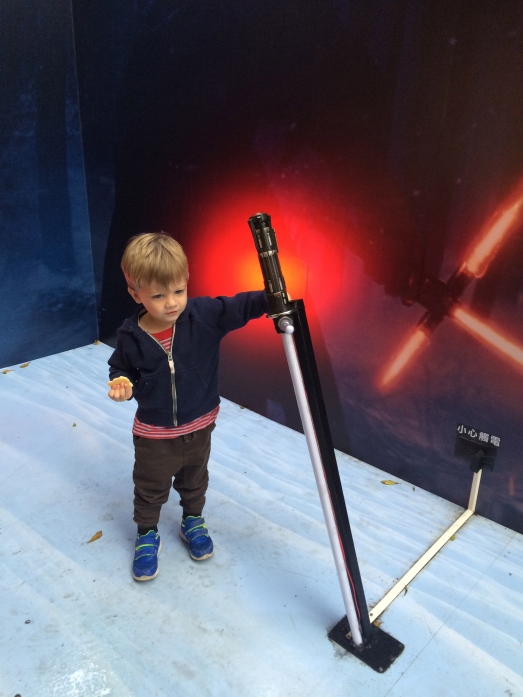 We had a 3- week trip to New Zealand where we would be spending Christmas. (I’ll do a separate post covering the trip). 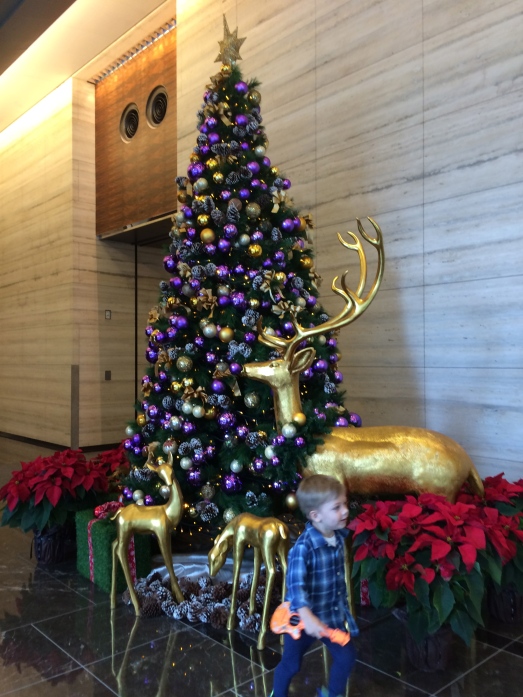 Jude is just kind of getting the whole idea of Christmas. He’s read books about Santa and the whole reindeer business but he is not yet at the age to know to ask for presents. We asked him and he said he wanted, ‘a submarine.’ 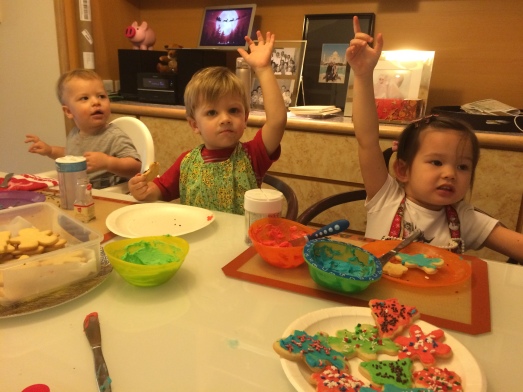 It was sad saying goodbye to Kate. We see her pretty much everyday so it would be a big change for them both. 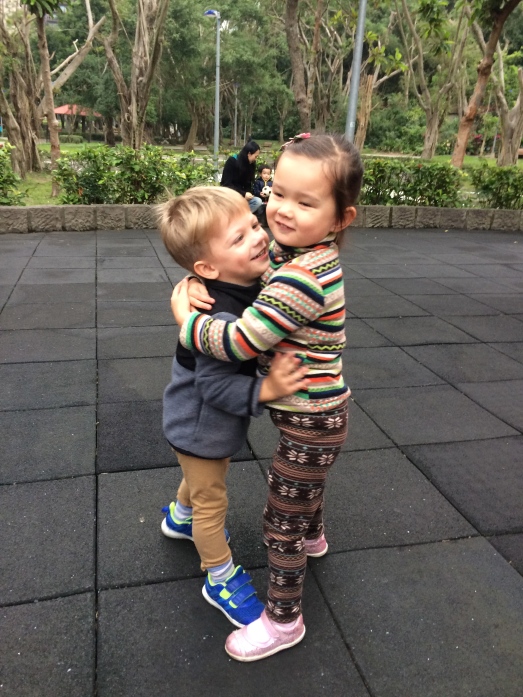 Once in New Zealand, we made our way to the beach as soon as we could. Jude is crazy about the beach and could easily pass hours away playing games, building in the sand and chasing waves. 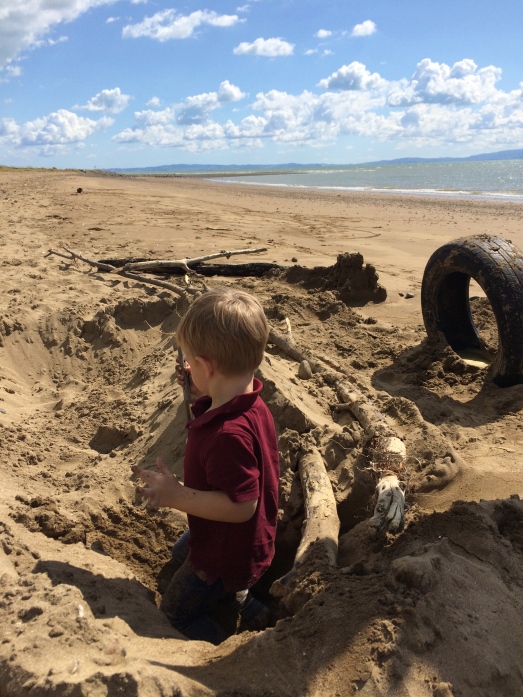 He also has a blast and a half at Grandma Elizabeth’s house playing. 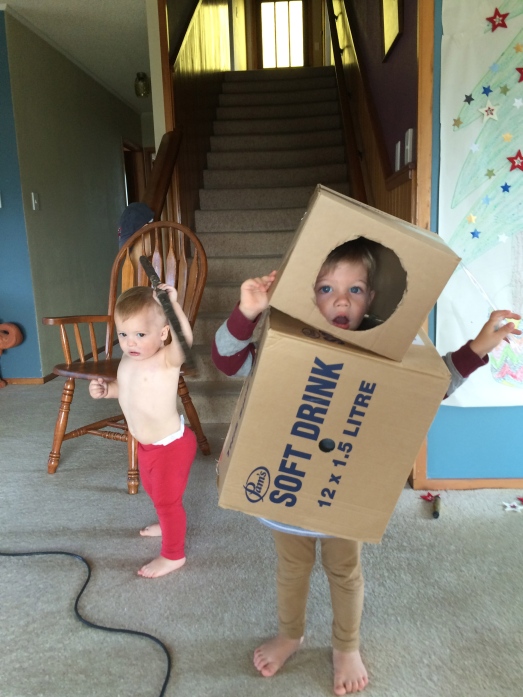 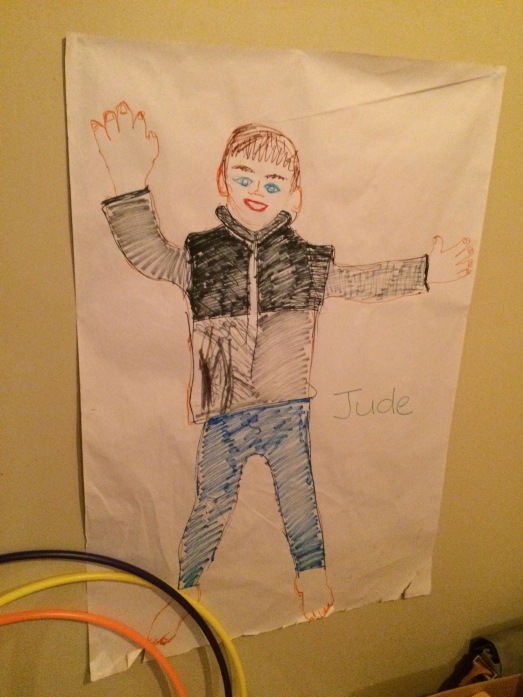 As well as this awesome Christmas tree. 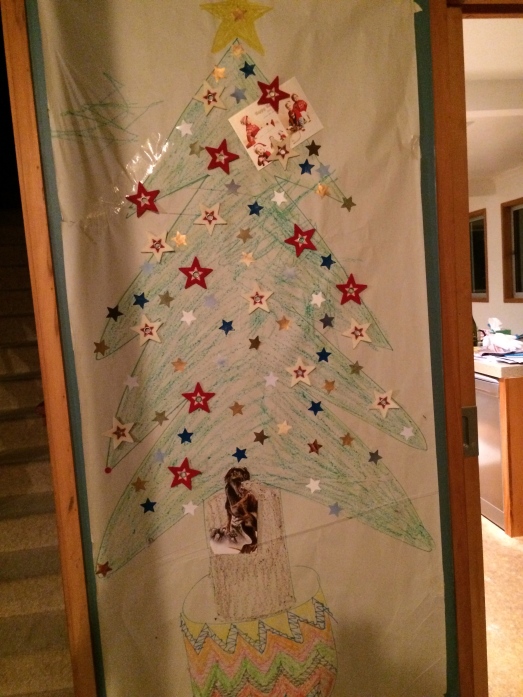 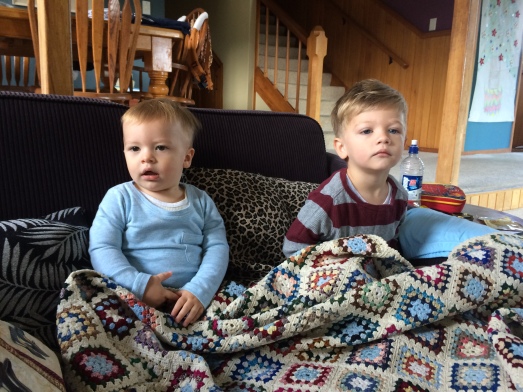 He was pretty well behaved most of the time, too. One of our biggest challenges with Jude at the moment is getting him to sit down and eat meals. 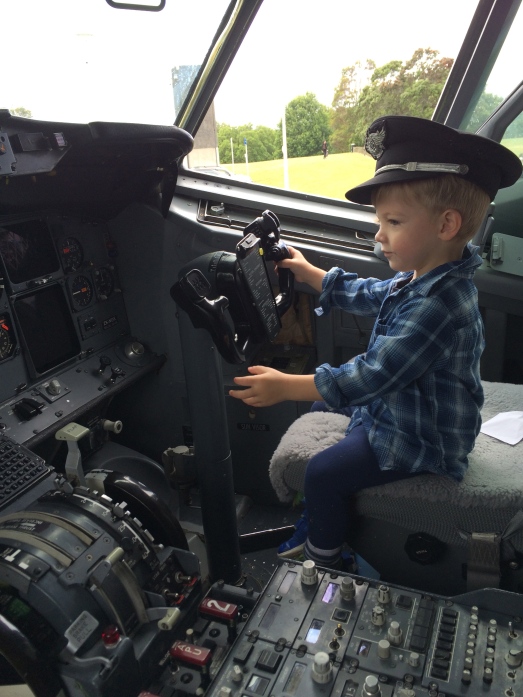 Then, a few days before Christmas, Jude started coughing and had a fever. 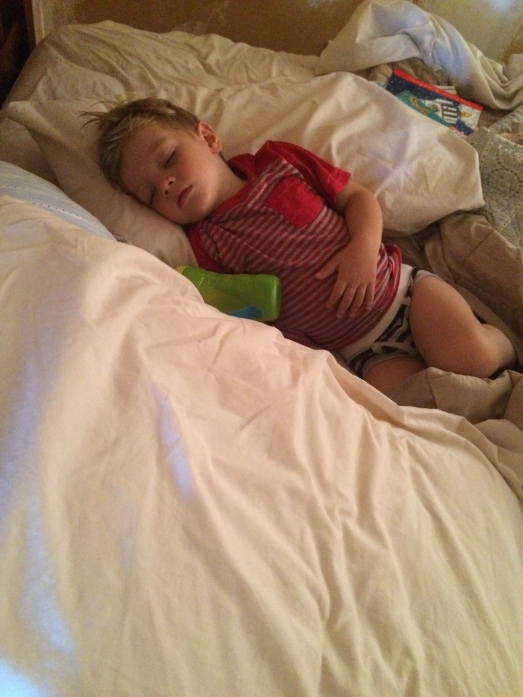 On Christmas morning we took him to the ER as we suspected it was croup and sure enough he was diagnosed with coup and given  steroids to help ease the coughing.  Poor thing. 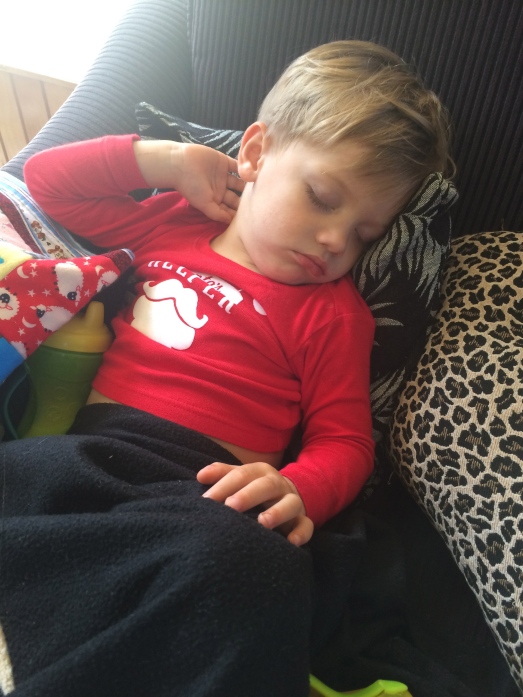 We had a great big Christmas planned with all the family which we debated going to as Jude was contagious. In the end we went and just kept him inside. He certainly enjoyed opening his presents and playing a bit, but he was far from the usual, energetic Jude we all know. 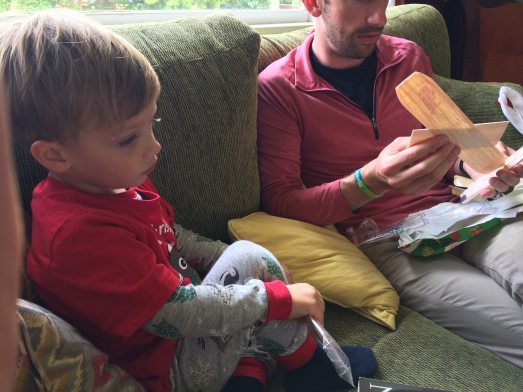 His Aunties and Uncles were having a big water balloon fight outside and Jude heard and couldn’t resist getting in on the action. It was nice to see him perk up and take command of the hose. 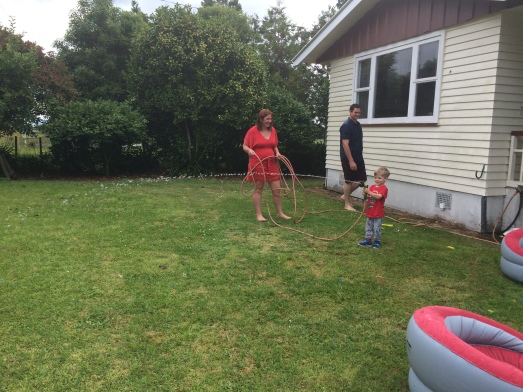 After Christmas, we stayed at Grandma’s one more day and rested before traveling to the South Island. Jude was still having fevers, coughing and not eating. The not eating is the worst. He was weighed at the hospital as 14.8kg (and 96cm tall) and he felt like he lost a kg after a few days of not eating. We almost canned our trip South but it actually turned out to be just fine. 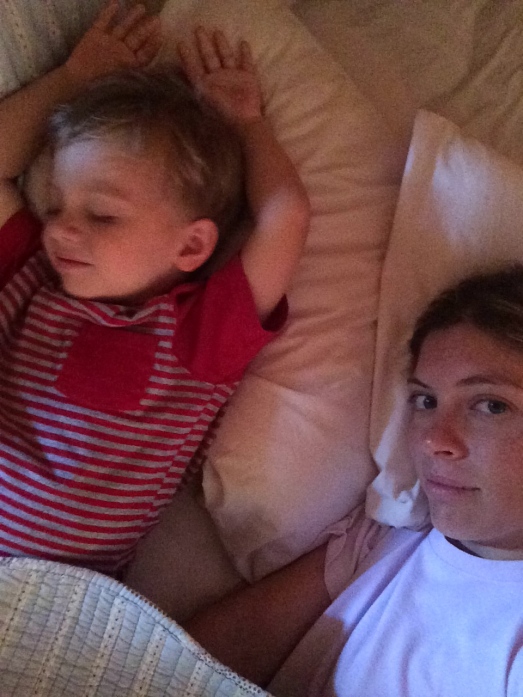 He got a lot of rest down south and within a few days was back to normal. 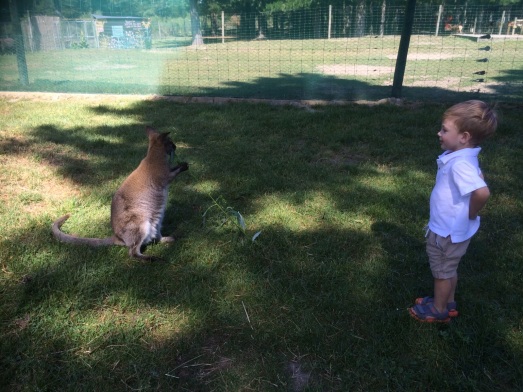