This year I hosted my second ever Halloween Party. The first one I held was in 2013 when Jude was just a wee bub. Last year, I was up to my eyeballs with Toby  being just born so I skipped it. This year we managed to get 13 toddlers and a baby all dressed up and along to the party. I decorated the house a bit and spent several hours making 36 cupcakes (thanks Mom for the awesome cupcake decorations!). Jude went as a pirate (a Melissa and Doug dress-up costume) and Toby as Peter Pan (a DIY project). Here are some photos of the party. 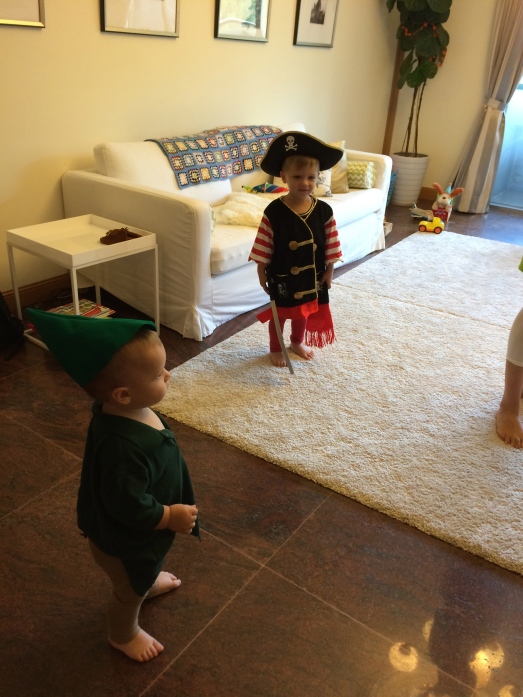 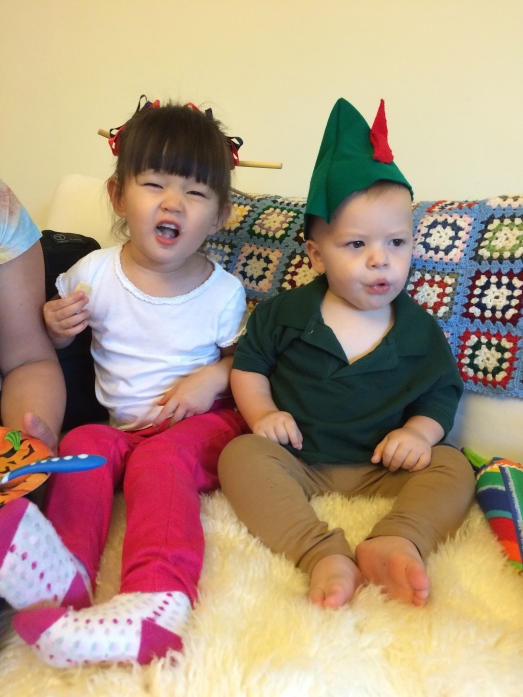 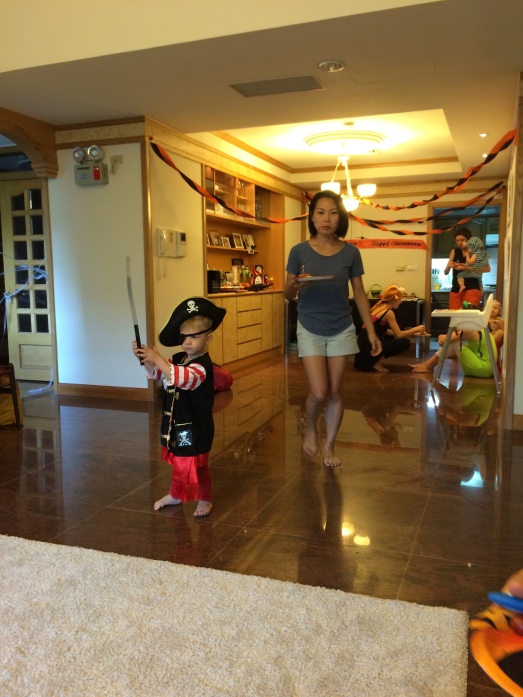 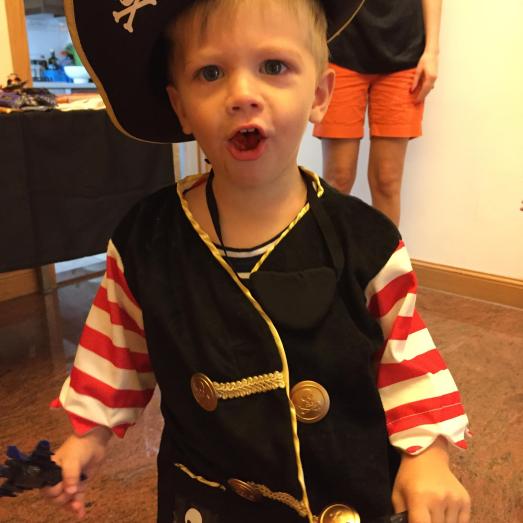 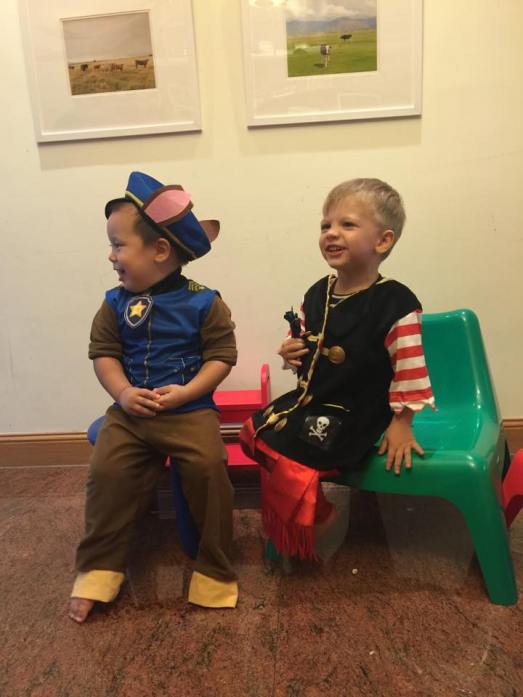 The celebration was also in part a going away party for my friend who will be leaving Taipei to return to London. Our boys have been friends pretty much since birth. 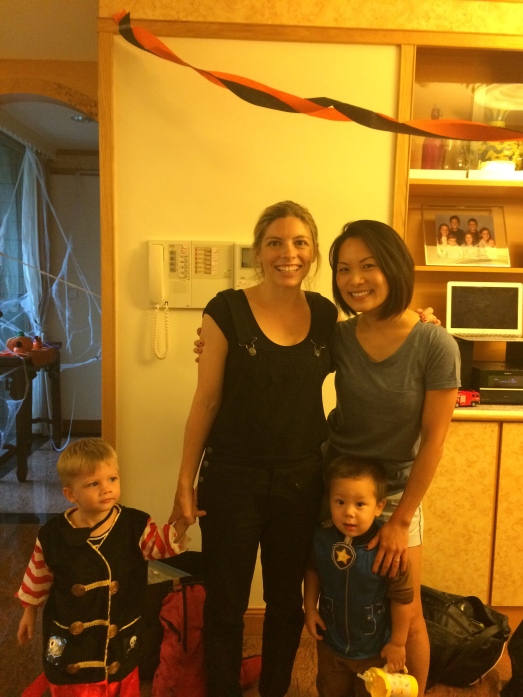 The party was so much fun. It was amazing that we had all those toddlers in one space without any incidents. On Halloween Day, we dressed the boys up in matching shirts from Grandma and went walking around the neighborhood. 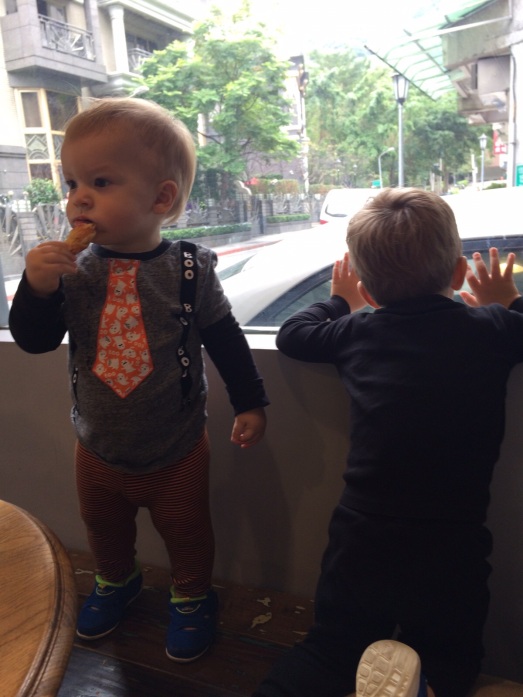 I tried so hard to get a nice of two in their shirts but its very, very difficult these days! 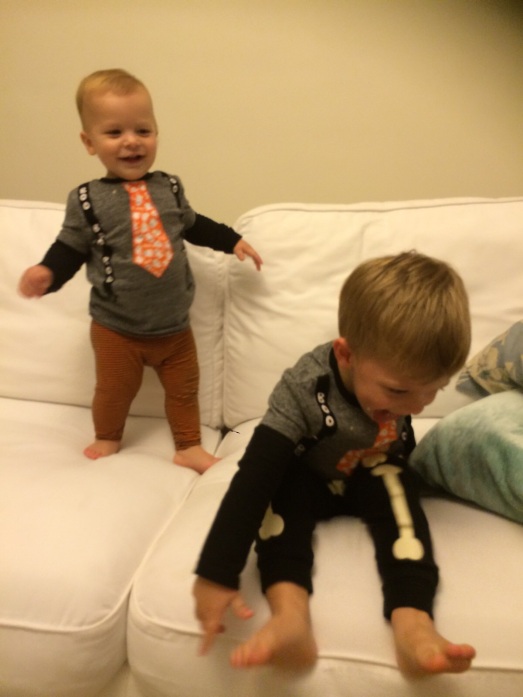 This one was the best of my attempts.