Not even an year old and Jude has had his first job. Strangely enough there’s demand here for Westerners modeling and doing commercials. Last year I did a commercial for a Hitachi Microwave and thought it was great fun so decided to get Jude into it as well. I figured he could make a bit of cash for college and we would get some super cute photos – not a bad deal. So last week he was called to model for ‘Les Enphants‘ a popular Asian clothing brand for babies and children. 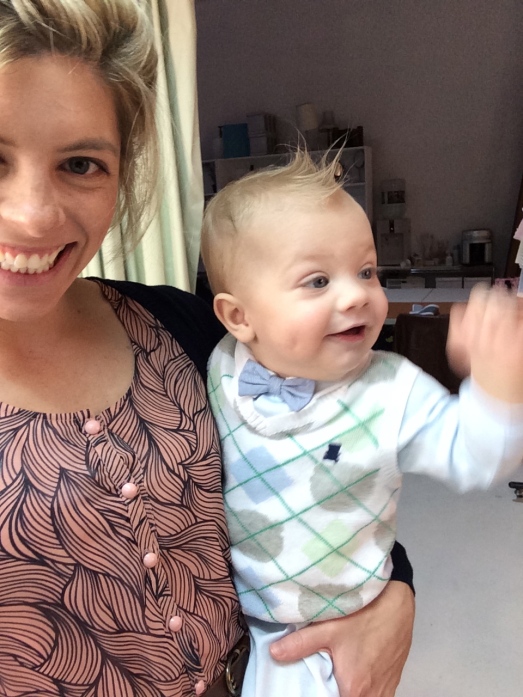 After we got him dressed in outfit #1, hair styled, and had his make-up put on, he got right into it.

There were a series of shoots, some were with a girl baby (who happens to be one of our baby play date friends) and some were solo shoots.

Jude was not keen on the whole sitting part.

So we spent most of the different shoots trying to get him to sit still long enough for the photographer to snap a few decent photos.

It was not easy, even for the pros. He is fast. Baby girl was the complete opposite. She sat still beautifully and posed like she was born to do this!

Thankfully they managed to get some good shots of Jude too. 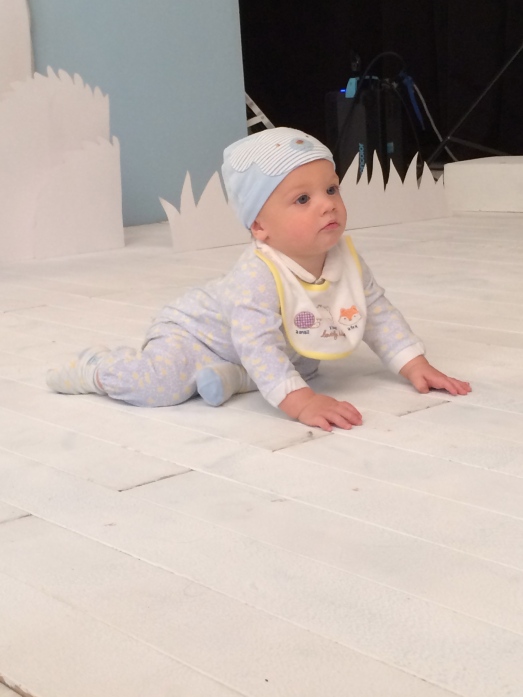 Including him sitting still for a few different outfits. 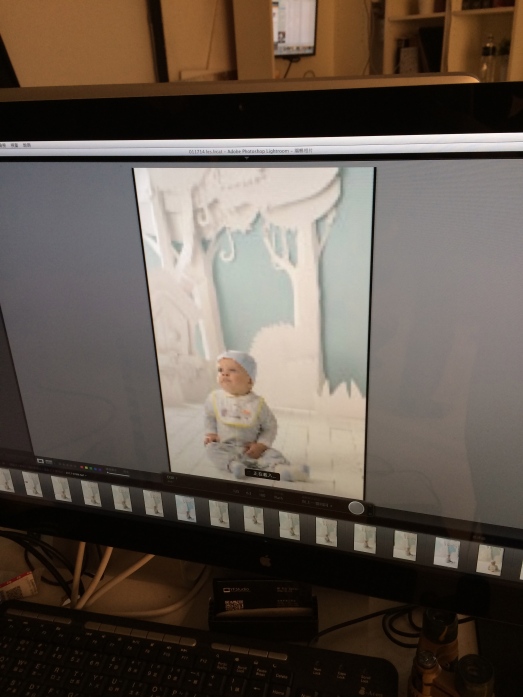 They even managed a few smiles out of him (sadly, not pictured as I wasn’t fast enough).

Well, it was a lot of work for everyone but Jude. For him it was just play time with lots of flashing lights and outfit changes! I was pretty exhausted after but super excited to see the photos (which are due out sometime in April or May). I’m already pretty excited to tell him about his first job one day when he is older!