This past weekend we took a mini-family vacation down to Tainan on the High Speed Rail.

It was our first time on the train and we were very impressed, not only with how fast it was, but also with how nice the train was inside. 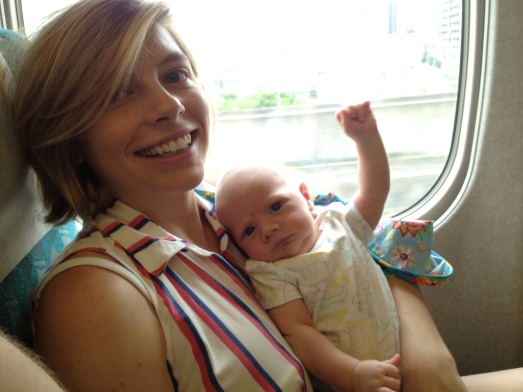 Jude was well behaved for the almost 2 hour trip. He was happy to just look out the window. 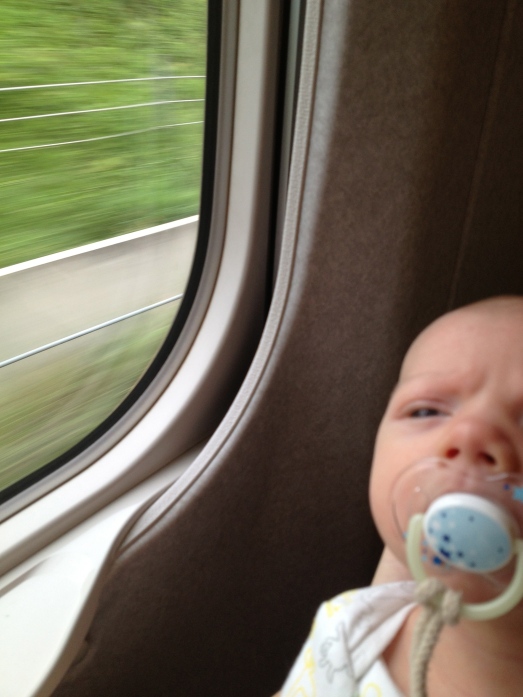 Once in Tainan, we took the local train to our hotel, the Shangri-la. After resting a bit in the room, 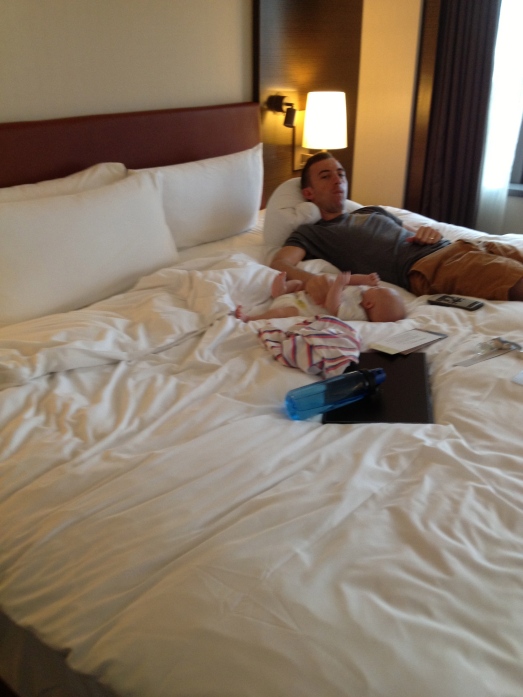 We headed down to the hotel lobby for afternoon tea (in our case, coffee).

After we finished we grabbed a cab and headed to Anping Old Street, which is filled with various historical sites and temples. 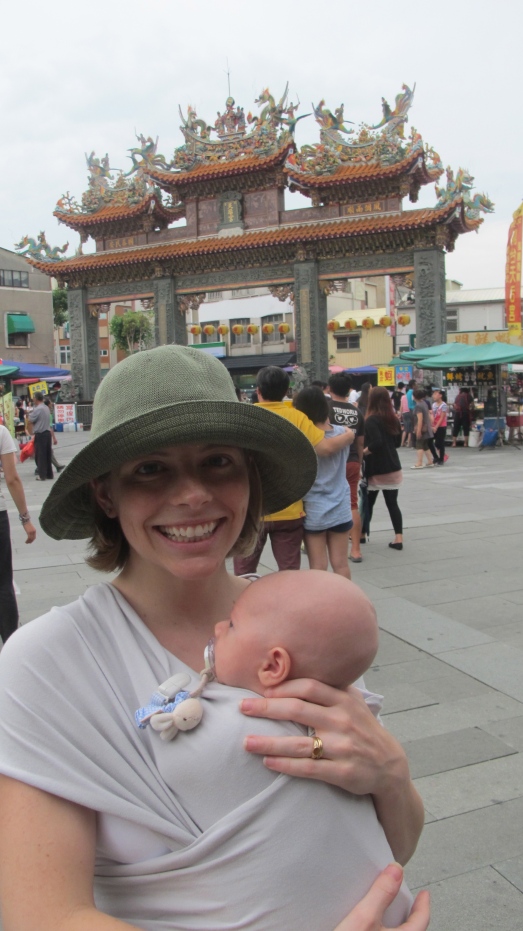 (Below we are at ‘Fort Zeelandia’ built by the Dutch during their occupation in Taiwan).

It was stinking hot outside so we  decided to cut our tourist activities short, 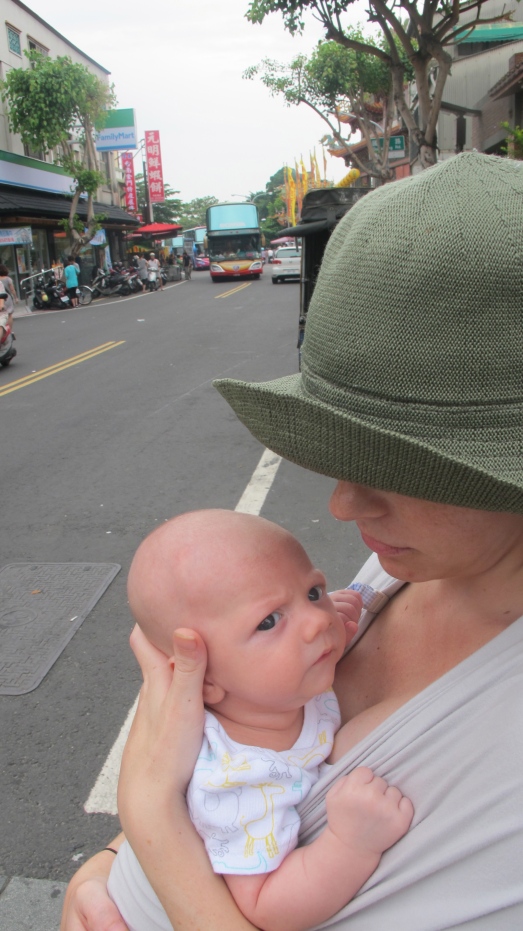 And head back to the hotel for a swim. Luke and I took turns going as we were trying to get Jude to sleep.

The next morning Jude and I were up around 5am. (We let Dad have a sleep in).

After breakfast we decided to do one last attraction and walked to city’s famous Confucious Temple.

It was super hot and humid out again so we didn’t stay long. Instead we made out way back to the hotel for one last dip in the pool. 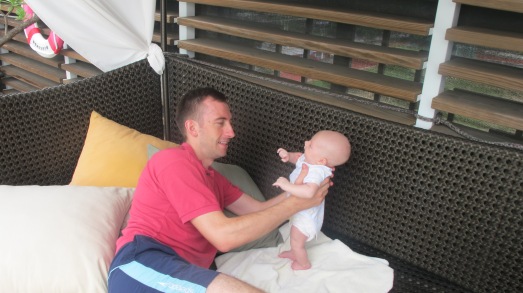 Then back on the train again to head home.